Echo Entertainment Pushing Queensland To Get An Additional 1000 Pokies 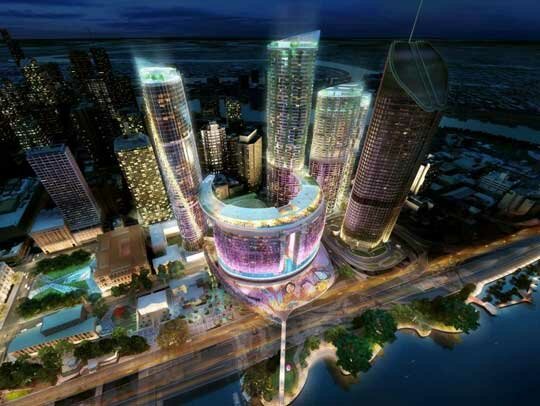 Echo Entertainment was recently awarded the rights to construct a mega-casino resort in Queen’s Wharf, Brisbane after the state government decided to reject billionaire James Packer’s Crown Resort proposal and rule in favor of Echo. The new casino-resort will be known as the “Destination Brisbane Consortium“.

If the state government should approve Echo’s request, then the new casino will have over 2500 pokie machines as Echo Entertainment is currently moving over the 1632 pokie machines from the historic Treasury Casino to its new premises. There are currently around 45,000 pokie machines spread across Queensland and are quite popular with Aussie gamblers.

Throughout our bid we made it quite clear that we didn’t require any additional gaming machines in the proposal. Late in the process when we were discussing it with the government it became quite clear that the license was going to be consistent for both parties and the license included 2500 machines, so we looked at obviously what would have to be required to pay for those extra units. At this stage of the development we haven’t actually positioned for that many in the facility, so we are going to do a bit of a review to decide how many to operate.

The $2 billion casino resort is expected to become a major tourist attraction in Brisbane and attract a number of VIP gamblers from Asia. If the casino decides to operate all 2500 pokie machines, then it could bring in a significant amount of revenue for the Queensland government in the form of gambling taxes.

‘Destination Brisbane Consortium’ will also have a number of entertainment attractions including two thousand apartments and over one thousand hotel rooms. There will be a number of three, four and five star hotels that will offer world class services to patrons. This mega-casino project is expected to create thousands of construction jobs and an thousands of permanent jobs once the casino-resort is open and the Queensland government is eager for construction work to commence without any delays.