Microgaming have given this brand new Dolphin Quest pokie game an underwater look and feel and it comes with the option of putting into play a maximum of 50 separate and unique paylines per spin of its reels you play.

The game is quite fast playing however there is a very unique bonus round which you can trigger when you are lucky enough to get the three scatter symbols spinning in, this bonus game has never been attached to a Microgaming pokie game before and as such keep on reading to find out how it works and plays out for some huge payouts can be won when it does trigger! 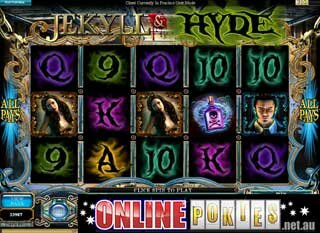 The Dolphin Quest logo symbol is a Wild symbol, now this symbol is in fact stacked on the reels and as such it may be possible during any one spin of the reels you choose to make that the wild symbols drop in and cover all reel positions on one or more reels, and the more reels you get covered in wild symbols the bigger and better your winning payouts could become!

The Scatter symbol is quite unique on this pokie game for it is also a Wild symbol and the only symbols it does not stand in for are the actual standard Wild symbols! This scatter symbol is a Flying Dolphin type of symbol and when you get enough of them spinning in the bonus game mentioned below will be triggered and awarded to you.

The Scatter symbols need to spin in on the middle three reels all at the same time to trigger the bonus game, as long as they appear on reels 2, 3 and 4, anywhere in view then this bonus game will be awarded to you.

The bonus game is very unusual on this brand new Microgaming pokie machine and we have not seen it on any of their other pokies before. The bonus game is made up of one three reel slot and instead of reel symbols there are coin values on the reels, as the reels spin and come to a stop you will be awarded the cumulative values of all three coin values that spin in on the single payline of the three reels of the bonus game slot.

The value of the payouts which can be awarded to you when this bonus game has been triggered and awarded is dependent on the actual stake levels at which you are playing the game for, however the maximum payout that can be won and awarded to players playing this slot and then triggering its bonus game is massive, and adds up to a maximum payout of a huge 150,000 coin, so let you hope you do indeed trigger this bonus game if you decide to give this pokie game some playtime!