Microgaming unleashes a new pokie game ‘Phantom Cash’ that comes with 25 paylines on 5 reels. The pokie game is available on both download and flash player client. The most attractive feature offered by this game is its highest payout of 20,000 coins and offers favourable betting limits. It delivers two wilds, free spins, scatters and auto play feature. 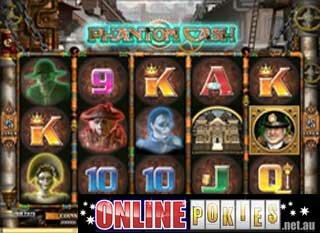 New players are able to try out the game free by playing as guest. In this game, your main objective is to search for the phantom cash hidden in the haunted castle and you will come across ghosts during your quest.

The game offers favourable betting limits that suit all players and accepts coin denominations of $0.01 up to $0.25. Player can make a max bet of $125 per spin and max of 20 coins per line. 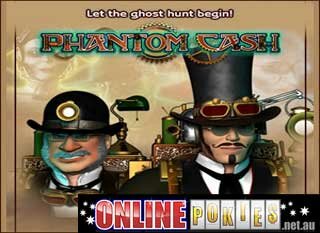 The scatter is depicted by the Haunted Castle symbol that shows anywhere on screen and activates the free spin bonus game known as the Ghost Zap Feature.

The Zap Ghost Feature is activated when three or more Haunted Castle symbols show on screen. When the bonus feature is activated, you are shown a Ghost meter that shows the number of ghost to be captured. Hence, during the free spins, if any of the wilds appear on reel 1 and reel 5 it will zap any ghost that appears on any of the 5 reels and you are awarded a bonus payout with a multiplier value of 2x. Additional free spins are awarded for each ghost captured.