Out of all of the more recent pokie machines that have been launched by NetEnt we are convinced that you are going to find their most recent pokie game realease, that being the Twin Spin pokie machine one of the most exciting and rewarding pokies to play.

It comes with the newer 243 All Pays playing structure so every winning payline in view on its five reels is covered in just one single staked amount, keep in mind a total of 25 coins per spin need to be played, and you can increase the number or coins upwards in value by 25 coins at a time until you reach the maximum permitted stake of 250 coins, the actual coin values themselves can also be fully adjusted. 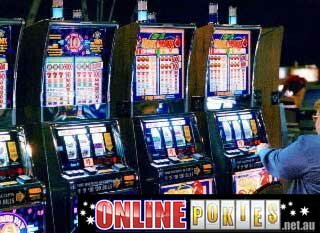 What makes playing this Twin Spin slot so every exciting from a players point of view is that whenever you set the reels into live play at least two of the reels are going to drop in with the same set of reel symbols laid out upon them!

You could see any single spin having two, three, four or all five of the reels drop in with the same layout of reel symbols and as such when you do get all five of the reels finally coming to a rest with the same matching reel symbols on the layout then you will have spun in multiple winning combinations, and could have 243 matching winning payouts, which can add up to some mega sized winning payouts! Give this pokie machine some pay time soon it really will blow you away!

There is just standard type of Wild symbols that can be found in play on all five reels of this Twin Spin pokie machine, however when you get them spinning in stacked on multiple reels then some very large winning payouts can and will be awarded to you, be aware the wild symbols will of course stand in for every other reel symbol in play on the Twin Spin slot.

There are no Scatter symbols in play on this NetEnt powered Twin Spin pokie machine, however do not let that put you off giving it a try for that Twin Spin base game feature is exciting enough to keep you spinning in five reels time and time again!

There is no bonus game that can be awarded when playing this Twin Spin pokie machine, now if you are a fan of such games then NetEnt do of course have dozens of pokie machines that do offer a whole array of unique bonus features, so have a look around this website for you will find exactly the type of pokie game bonus round you are hoping to trigger!